Plumbing Checklist When Buying A Home

Plumbing Checklist When Buying A Home

When you plan to purchase a new home, there are certain things you’ll want to check first before committing to such a major purchase. Apart from looking for obvious damage or neglect, you’ll also want to be sure that all the plumbing in your new home is in tip top shape before you move in. In this article we’ll take a look at some of the things you should be checking when it comes to the plumbing and what to look out for.

One area of the home you’ll really need to check when it comes to the plumbing side of things is the hot water system. Run the hot water in the kitchen or bathroom and see if it’s nice and hot. It’s also a good idea to physically inspect the hot water system, to see how big it is and if it at least appears to be in good working order and well maintained.

The last thing you would want to do is spend all day moving furniture and possessions into your new home, then when you want to have a nice refreshing shower to unwind, discover that the hot water is either not working efficiently or not working at all.

Are Any Of the Taps Leaking?

Leaking taps might not sound like a major issue, but they can be annoying, will attract vermin like roaches and will jack up your water bills. Do the rounds of the new house and check for any leaking taps. Try turning all of the taps on and off again to be sure there are no incessant drips. This includes the shower as well.

If there are leaking taps, you can ask to have them fixed before making a firm purchase on the house. If you don’t, you’ll be responsible for repairing them as soon as you move in.

Search the House For Indications Of Water Leaks

This is different to the dripping tap scenario, as in this case you’re searching for tell-tale signs that there might be a leaking water pipe somewhere. It’s important that you take the time to do this, as the last thing you’ll want when you do move in is to deal with a water leak.

Leaking pipes can cause major damage if not quickly rectified, so search for any discolouration on the walls or the ceiling, look beneath the kitchen, bathroom and laundry sinks, then wander around the yard and see if there are any wet or muddy patches of ground.

Check to see if the water meter is ticking over when there is no water being used inside the house. If it is, that’s an indicator that there’s a water leak somewhere underground that’ll need locating and repairing.

Check That the Water Is Clean and Clear

When you’re going around doing your plumbing inspection, turn on the taps and take a look at both the flow of the water and the colour of the water. Firstly, you’ll want to see that the water is flowing freely with no obvious obstructions. The second thing is the clarity of the water. Is it nice and clear, or is it cloudy?

If the water appears dirty, it could be an indicator that there’s a pipe leak underground somewhere, allowing dirt to enter the water supply. Cloudy water could be the result of nothing more than air bubbles, or it could indicate a high degree of calcium or other minerals present in the water.

Are the Pipes Noisy?

When the water is turned on via a tap or the shower, do you hear vibration or banging in the walls? Noisy water pipes, also known as water hammer, is created by a shock wave when the water starts or stops suddenly. More often than not, this is due to excess water pressure in the pipes, causing them to bang against the walls or other nearby pipes.

Water hammer can be very annoying, but more than that, the constant movement of the pipes could ultimately degrade their quality, leading to either a water leak or a burst water pipe that could cause major damage.

If you discover water hammer when doing your inspection, you’ll want to request that the problem be resolved by a licensed plumber before you move in.

Determine That the Toilets Are Not Leaking

Just like with leaking taps, leaking toilet systems will crank up your water bills in a major way. A toilet that constantly leaks into the bowl also won’t flush efficiently, which could lead to a blocked toilet.

Most modern homes will have at least 2 toilets. Be sure to check them for leaks, even going so far as to put your ear against the tank to detect even the slightest of water leaks. Small water leaks can be heard up close even if you cannot see the leak.

You don’t want to be dealing with either leaking or blocked toilets the moment you move into your new abode.

Be On the Lookout For Slow Or Blocked Drains

Slow and blocked drains are two of the most common plumbing problems a home can suffer from. Generally speaking, a blocked drain will occur from debris building up inside the drain. In kitchens, this is likely the result of food scraps being flushed down the kitchen sink. In bathrooms, hair build up is the most common culprit.

It’s a good idea to spend some time flushing water down all the drains in the house, including the laundry, and see if the water drains away freely or is very slow.

Blocked drains can lead to flooding and water damage, and you don’t want that in your new home.

It’s always wise to spend some time doing a thorough inspection of the plumbing in any home you plan to purchase. If you want to be certain all is well, hire the services of a professional plumber to perform the inspection for you. This will give you peace of mind knowing that everything’s fine.

Guide To Water Leaks In The Home

Why Is My Sink Water Cloudy? 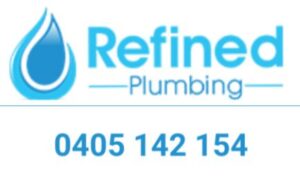